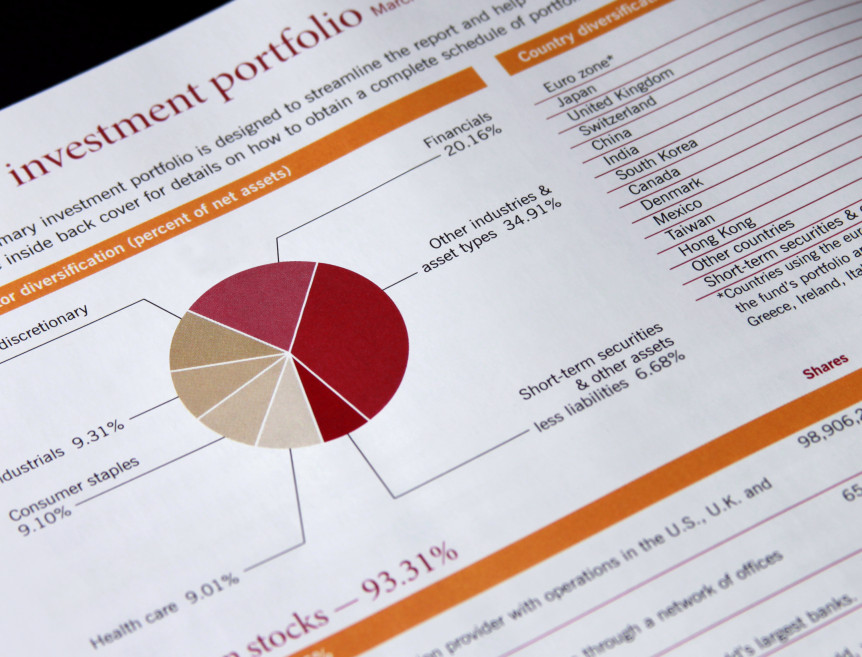 Dimensional Fund Advisors is on pace for its best year ever as the growing acceptance of factor investing attracts record gobs of cash.

DFA has had $16.7 billion of net new deposits through the first three quarters, more than the company has received in any previous calendar year, according to Morningstar Inc.

The company’s funds, which primarily are sold through financial advisers, trail only indexing giant The Vanguard Group Inc. in terms of sales so far this year. Not too shabby for the eighth-largest mutual fund company.

Since 2010, DFA has leapfrogged OppenheimerFunds Inc. and BlackRock Inc., in terms of total mutual fund assets, and now is just $8 billion from passing J.P. Morgan Funds to become the seventh-largest mutual fund company.

Like Vanguard, DFA has benefited greatly from the shift away from active managers and toward a passive approach. What separates the two companies, though, is DFA’s use of factors in creating its passive strategies.

“The old market index fund is a pretty good solution,” said David Booth, founder of DFA. “But if you weight stocks a little differently and you are a long-term investor, you have the expectation of better returns.”

Factors such as a company’s size or price-to-book value have been shown to predict which companies are most likely to outperform over long periods of time. DFA uses that research to tilt its portfolios toward smaller companies and undervalued companies.

The company is also in the process of adding a third factor to its portfolio construction kit that focuses on a company’s persistence of profitability.

None of these ideas is particularly new, but they are resonating with advisers who are fed up with active managers but are open to ideas on how to beat a plain-vanilla market-capitalization index.

“Factor investing is one of those things the cool kids learned about decades ago,” Morningstar analyst Samuel Lee said.

“Most sophisticated institutions were doing it,” he said. “Now it’s percolating with advisers.”

Mr. Booth was one of those cool kids who bought into the futility of beating markets back in the late 1960s while in a class taught by economist Eugene Fama.

Mr. Fama is the so-called father of the efficient-market hypothesis, which states that because markets are efficient they can’t be consistently beaten by any particular money manager.

“It kind of shocks people that all this evidence about the inability of professional money managers to beat benchmarks was pretty much established by then,” Mr. Booth said.

Mr. Fama was awarded the Nobel Prize in Economics this month for his work, giving DFA two Nobel Prize winners on its board, along with Myron Scholes.

“It’s nice to say you have two Nobel laureates behind your investment strategy,” said Hilary Martin, a partner at registered investment adviser The Family Wealth Consulting Group. “We advertise that to our clients.”

Mr. Booth said that it is easy to see why the efficient-market hypothesis can be hard to swallow for some advisers.

“It’s so counterintuitive at the grassroots level,” he said.

“In most industries, if you’re smarter and work harder you have a better chance of beating other people in your industry. The public securities business is quite different,” Mr. Booth said, referring to Mr. Fama’s efficient-market theory.

“It seemed like we were constantly re-evaluating managers,” she said. “Even if a manager had a good track record, they couldn’t keep it going.”

Advisers aren’t the only ones coming around to DFA’s line of thinking.

In fact, there has been a growing trend of exchange-traded fund companies trying to jump on board the factor investing bandwagon. BlackRock’s iShares unit, Charles Schwab Investment Management and FlexShares are just a few of the growing number of companies offering factor-investing products.

But just because factor investing is becoming more popular, that is by no means a guarantee of success over any given time period, which means that patience is key when investing with DFA.

“Dimensional Funds will not win every year. No fund will,” said Andrew Feldman, founder of AJ Feldman Financial.
“Looking at a short-term period isn’t fair to anybody. It’s not one or two years that matter, it’s a lifetime,’ Mr. Feldman said.