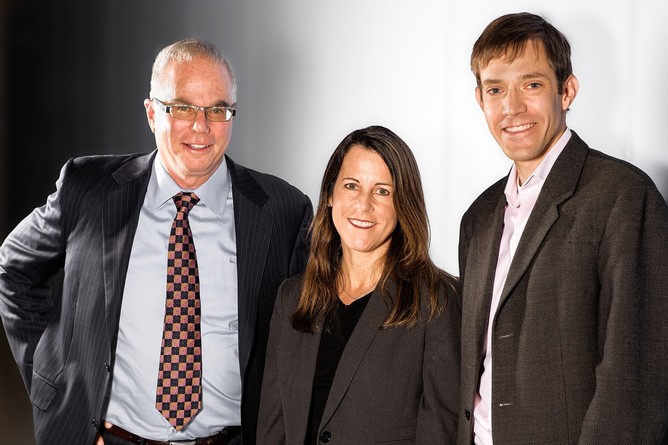 How Investors Can Prepare for Increased Volatility and Tax Issues

Stocks have enjoyed an unprecedented rally since the end of recession in 2009, but many investors are bracing for an interest-rate hike that could shake U.S. stock and bond markets in 2015. Global turmoil, meanwhile, looks set to continue in the new year.

Three fee-only financial advisers sat down with The Wall Street Journal to discuss how investors can prepare for increased volatility, any action by the Federal Reserve and other investment and tax issues.

Here are edited excerpts of their discussion.

WSJ: What are you expecting next year for the economy and the markets in general? Do you anticipate increased volatility?

MR. PINE: Volatility was already here this year, just not in the benchmarks people have been watching; the big stock and bond benchmarks have been relatively quiet. But if you look at what’s happened with commodities and currencies, an enormous amount of volatility–and also some of the foreign markets as well. So I suspect that’s going to spill over into the U.S. next year, be it in stocks or bonds or both.

MS. GUGLE: There will probably be a correction in the U.S., so we have been scaling back all along because we’re strategic asset allocators. For those who haven’t been scaling back, probably now would be a good time just because it seems everything reverts to the mean at some point.

MR. PINE: Volatility creates opportunities. But it makes you scared, potentially, and that’s when you get off your game.

WSJ: Is it time to pare back equities? What investments would you recommend if they do?

MS. GUGLE: Typically when rebalancing, you’re buying things that are not doing well. So we are watching for opportunities in emerging markets, international and so forth. A lot of people are wondering what’s going to happen there. The dollar’s gotten pretty strong, but if we see a pullback in the U.S., the currency will be affected and that would mean opportunities abroad.

MR. ISAACSON: Clients have a tendency to chase performance. You see the capitulation where they’re giving up on active managers, and that’s probably a good contrarian indicator that this is probably going to be more of a stock-picker’s market. At the end of the year, I always kind of look at mutual-fund flows and do the opposite. It tends to be a very good contrarian indicator.

MR. PINE: It’s hard to know what will happen next year and two years out with stocks. But, certainly, over a 10-year period, this market is not priced to deliver massive returns. We’re talking single-digit returns and maybe even low single-digit real returns. You can back that up with some historical data. As a long-term investor, it might be time to start scaling back U.S. equity exposure. If we’re just looking at equities, if you look elsewhere around the world, emerging markets look pretty decent in terms of expected returns. If you want to get crazy with Russia or Brazil or Turkey, there are some massive valuation opportunities there.

Domestically, things like energy services have really gotten beat down, and if the idea is to look at what really got hammered on the year, that’s one. There’s a lot of fear in energy right now because of the volatility in oil prices. If you want to take a contrarian bet, that’s the place to go in domestic equities.

WSJ: Oil prices have plunged. Are you factoring that into how you position portfolios for 2015?

MS. GUGLE: We try to spread the risk across all sectors. The energy sector and oil prices have gone down. But other sectors are doing tremendously well. So overall, we haven’t been affected by that. But again, that type of event is going to create opportunities–in emerging markets, for example.

MR. ISAACSON: This Christmas, I think everyone got a big tax cut. You’re starting to see [gasoline] prices probably down in Texas into the low $2, and in New Jersey, $2.40. You still have low interest rates. So it’s a positive for the economy, but it’s risky in certain sectors.

WSJ: The Fed ended its bond-buying program in October, and many are expecting rate increases in the coming year. Are you recommending that investors position their fixed-income portfolios with that in mind?

MS. GUGLE: We take a multipronged approach to bonds. In the U.S., we’re on the shorter end of the yield curve. We’d rather give up a little bit of return to be in a safer position.

But obviously investors need returns. So we’ll use international bonds and high-yield corporate bonds to get some yield. But nobody knows when rate hikes will happen. We’d rather play it safe and give up a little return, and supplement that with some alternative funds.

MR. ISAACSON: There’s not a lot of upside in bonds. I think high-yield is expensive. There are people taking risks and doing things that probably aren’t warranted in this environment.
So I’d rather own high-dividend-paying stocks than the 10-year Treasury. You get the upside on the stock side.

MR. PINE: It seems like Europe and Japan are going to give the Fed breathing room and maybe some cover to do a token rate rise sometime this year. But if you look globally, especially at the developed countries–in Japan and Europe–you’re not seeing massive growth, and the strong dollar will impact earnings here as well.

I’d be very surprised to see any aggressive rate hikes out of the Fed. If they raise rates, that just gives them cover to maybe lower them again 12 months later. You’re going to see action out of Japan and Europe–major, major quantitative easing potentially.

We’re long duration because we do see, short-term at least, some upside for bonds. If you look at the 10-year Treasury now, it certainly looks like an aberration in terms of history. It’s way lower.

In the short run–especially if you’re looking to be contrarian–you might allocate some of your risk dollars to the long bond because it truly is the hated trade. Every investment adviser I know is making their portfolio bond duration shorter.

WSJ: Is it still important for investors to convert their traditional individual retirement accounts to Roth IRAs?

MS. GUGLE: In the past, like my generation, we were always taught defer, defer, defer, because you’re going to be in a much lower tax bracket when you’re retired. I’m not so sure I believe that. What we’re trying to do is to control what we can control, and encourage clients to build up those various tax buckets–taxable, tax-deferred and tax-free–as proportionately as they can so that they have options.

So, for example, the retiree who has amassed $1 million or $2 million in his 401(k) and now he’s got this rollover IRA, when he turns 70½, he basically can’t control his adjusted gross income. So we’re trying to spread out that risk by either converting some to a Roth or maybe allocating some of those dollars that would go to a 401(k) to a Roth 401(k) so that they can reduce their tax-deferred bucket if it is disproportionately large.

WSJ: Are you giving advice to clients as a result of changes through the Affordable Care Act?

MS. GUGLE: One of the tools I think some people overlook is the Health Savings Account, which a lot of companies are now offering as an option in their plans. We’re trying to explain that it’s best not to spend that money, because the HSA is much like a Roth in that it grows tax-free. As long as you’re going to use it for health-care costs down the road, maybe when you’re 70 or 80, and don’t leave it in cash. Most HSA custodians default your contributions to remain in cash, but if you look deeper into the plan, they have fund options you can elect.

WSJ: Any other major tax concerns clients should think about?

MR. PINE: Our economy has so many more freelancing-type people. Opportunities for self-employed people are amazing. I think defined-benefit plans–you could put away hundreds of thousands of dollars in these tax-advantaged accounts. Particularly with advisers who may be working with younger clients or older clients who are consulting as a way of easing into retirement.

WSJ: Are you recommending any annuities? If so, what type?

MR. PINE: An annuity is like buying a bond that matures when you die. And right now, bond yields aren’t great for holding the maturity. So if you look at annuities in those terms, it’s probably not great. That said, there are individual circumstances and psychological reasons why it makes sense for some people. But at these yields, it’s a difficult case to make for a lot of people.

Ms. Maxey is a reporter for The Wall Street Journal in New York. She can be reached at daisy.maxey@wsj.com.
http://www.wsj.com/articles/three-financial-advisers-discuss-the-year-ahead-1418619054