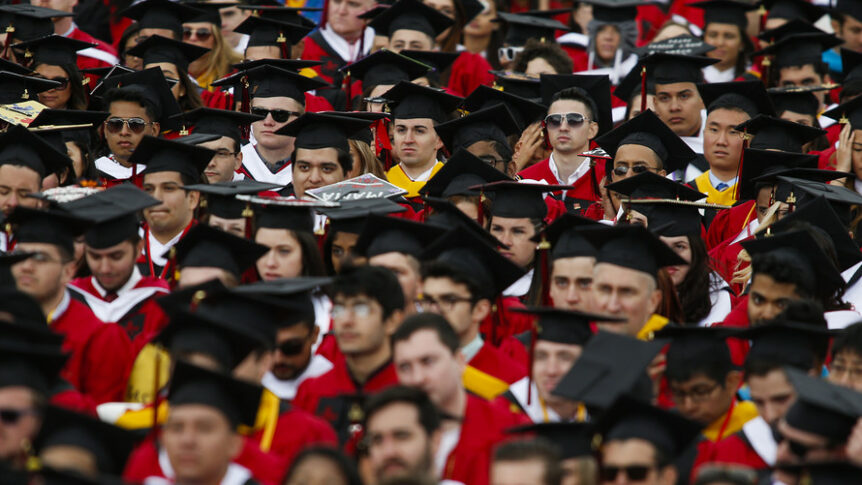 Student debt is one of the biggest obstacles to contributing enough — or, some say, anything — for retirement, but what would happen if Americans didn’t have that burden anymore?

Bernie Sanders, the Vermont senator running for president as a Democrat next year, proposed a bill in the Senate that would cancel all student debt, an idea similar to what fellow candidate Sen. Elizabeth Warren, a Democrat from Massachusetts, has also suggested. Sanders’ bill would wipe away about $1.5 trillion of student debt, but cost the country $2.2 trillion to do this and make all U.S. public colleges free.

Financial advisers see the struggles student loans have put on their clients, and said it’s gotten worse in the last few decades. “The realities are the American dream of going to college and getting an education have come with a hefty payment that students don’t realize until they start getting those statements postgraduation,” said Bill Brancaccio, co-founder of Rightirement Wealth Partners in West Harrison, N.Y.

Millennials argue so much of their paycheck already goes toward living expenses and student loans that it hinders saving for retirement. Student debt isn’t just a problem for young people: Even their parents and grandparents may have trouble finding enough money near or in retirement because they’re either helping their children pay for an education, or are still paying off their own.

Some student debt forgiveness plans already exist, such as the ones for public service workers with federal loans. After certain periods of repayments, and assuming all payments are made on time, they may have their remaining balances pardoned. Advisers may also assist graduates in ways to comfortably pay down loans and manage other expenses, such as deciding to file taxes married filing jointly or separately or how to balance repayments with contributions to a 401(k) plan.

Yes, canceling student loan debt may help Americans save for retirement, but there’s no guarantee, said Peter Palion, a financial adviser and president of Master Plan Advisory in East Meadow, N.Y. “Student-debt forgiveness may help people save more money for retirement, but absent some sort of a ‘string’ attached that would require it, you can only hope,” he said.

And there are valid reasons for it, others said. Many say that even without student loans, they struggle to pay for their cost of living, what with rising rents and mortgages, supporting children or aging parents and other financial goals, like buying a home or starting a business. “Those who have student loans are also likely to have credit card debt, or other personal debt,” said Ashley Foster, a certified financial planner and founder of Nxt:Gen Financial Planning in Houston. In his experience, when millennial clients’ cash flow is freed up from student loan repayments, it goes toward credit card payments. Americans may also end up paying more in taxes to subsidize these programs, which could impair retirement savings in tax-advantaged accounts as well.

Borrowers should be able to find a way to balance student debt repayments with other financial responsibilities, like saving for retirement, just as the generations did before them, said John Gugle, a financial adviser and chief investment officer at Alpha Financial Advisors in Charlotte, N.C. “Many generations of Americans have taken out student loans to pay for school and those folks were able to scrimp and save to pay back their loans while still saving for retirement,” he said. “I am worried that forgiving their debt creates yet another entitlement program on the backs of the taxpayers and not the person who got the education in the first place.”

The cost of a college education has significantly jumped in the last few decades, however. The average 2018-2019 cost of in-state tuition and fees at a public four-year college was three times as high in inflation-adjusted dollars as it was in 1988-1989, according to the College Board.

An increase in taxes to subsidize these programs may also impair retirement savings found in tax-advantaged accounts, Foster said.

Legislators are beginning to look into proposals to tackle the financial hardships many Americans face, namely student loans and retirement saving. Senator Ron Wyden, a Democrat from Oregon and a member of the Senate Finance Committee, recently proposed a bill that would match a worker’s student loan repayment toward their employer-sponsored retirement account.

The original article can be found at: https://www.marketwatch.com/story/if-your-student-debt-disappeared-would-you-save-more-for-retirement-2019-06-26