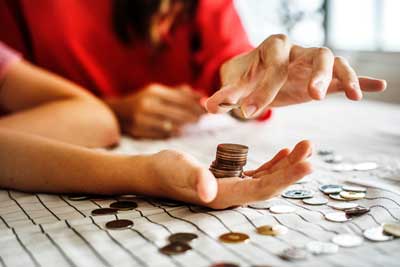 A rule that would require financial advisers to act in their clients’ best interests is another regulation facing a possible rollback by the Trump administration. The “fiduciary rule,” which has been in the works for over a year, is scheduled to finally go into effect in April.

The rule aims to change how commission-based advisers, such as brokers and insurance agents, operate and help eliminate conflicts of interest. Because they work off commissions, these advisers may be more likely to steer their clients into investments that don’t necessarily make the best match for their retirement needs — and could cost them dearly.

President Donald Trump recently ordered a review of the fiduciary rule, which has the potential to delay the rule by months, if not repeal it. The Secretary of Labor has 120 days to examine the rule and see if it likely will result in: limited access to financial advice for clients, cause dislocations within the industry that could have a negative effect on consumers and their finances, or create an increase in litigation.

Investors who receive conflicted advice from their financial advisers earn investment returns that are “roughly 1 percentage point lower each year,” according to a 2015 report conducted by the Council of Economic Advisers.

For retirement savers, the stakes are high. There is more than $1.7 trillion in Individual Retirement Accounts (IRAs) assets today. Investors lose an estimated $17 billion each year as a result of conflicted financial advice, according to the report.

“There’s a large lack of transparency,” says Benjamin Brandt, president of Capital City Wealth Management in Bismarck, N.D. “There’s a huge gap in the availability of information between the people selling products and the people buying products.”

Here’s how your wallet could be impacted if the rollback happens.

Goodbye to hope for lower fees

Many people don’t know they’re probably paying 2% per year in fees to their financial adviser, Brandt says. The “fiduciary rule” is poised to make those fees more transparent, which could result in fewer expenses for financial advice and transactions.

Financial consumers can see exactly what they’re paying their adviser and ask themselves, “Is this worth what I am paying?”

“I think it will mean lower average costs in your portfolios,” Brandt says.

Financial advisers would not be held to a higher standard if Trump’s plan to delay or repeal the rule happens.

You could still be in the dark

Financial advisers serve their customers under two standards of care: the suitability standard and the fiduciary standard.

According to the suitability standard, when making a recommendation, a financial adviser must be reasonably sure that the solution is suitable for a client.

The problem, however, is that suitability can mean different things. In a hypothetical situation with five financial products, the broker can recommend the product that pays him a higher commission than the other four, and that’s considered suitable, says Paul Hynes, a certified financial planner and CEO and president of HearthStone, a wealth management firm based in San Diego, Calif.

“He might also recommend a product that has been created by his firm, so it’s a proprietary product, which in turn earns the firm that he works for more money,” says Hynes.

Under the fiduciary standard, advisers are required to be certain that the solution is the best possible choice for the client. The fiduciary standard states that an adviser must put an investor’s “best interest” ahead of any conflict of interest, Brandt says.

“Fiduciary would be mean even if I don’t offer that exact solution, I still have to recommend it to you, or make you aware it exists, even if I don’t get the sale,” Brandt says.

The new rule would address the two different standards of care and pressure the financial services industry into adhering to the requirement to act in the best interest of clients at all times.

Advisers can have their clients sign the Best Interest Contract Exemption, which would allow them to offer a product with a higher commission or higher cost, as long as the client signs off on it and agrees to it, Hynes says.

Without the rule, financial advisers can operate under the two standards, and you could be investing in a product that could be a financial benefit to your adviser.

No matter the outcome of Trump’s memorandum of direction, financial advisers have already seen a change in the market. Many advisers, such as Brandt’s firm, are now operating under the fiduciary standard of term. Fiduciary is the highest standard of care one can receive in respect to both financial and legal advice.

“People are wanting unbiased advice, and they’re just now willing to ask for it because it’s in the mainstream,” Brandt says. “It’s sort of becoming part of the zeitgeist, and people are learning about it and asking for it.”

Another option for change

John Gugle, a certified financial planner for Alpha Financial Advisors in Charlotte, N.C., says changing the standard of care only for retirement accounts was too nuanced and would create confusion, as opposed to a uniform rule change.

“I want a fiduciary standard of care to apply to every adviser and in every instant, and what I’ve been disappointed at is that the industry — the brokerage industry, the insurance industry — has fought back every step of the way,” Gugle says. “If you’re a client, you should assume that your adviser has your best interests first and foremost in every instance.”

This article can be found at: https://www.khou.com/article/money/magnify-money/heres-what-might-happen-if-trump-rolls-back-the-new-financial-advisor-rule/412371967