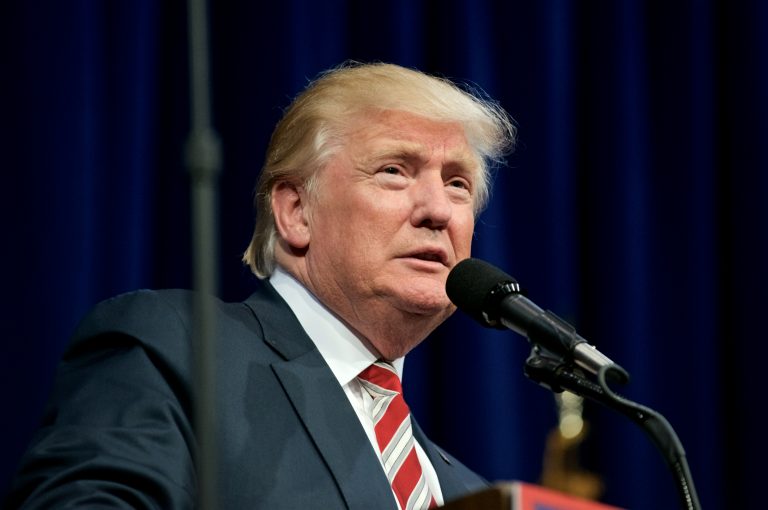 The Dodd-Frank Wall Street Reform and Consumer Protection Act has been seen by many as legislation that helped dig the American economy out of the Great Recession by putting strict limitations on banks. Banks had to rein in their high-risk mortgage practices and meet stricter lending requirements.

President Donald Trump has begun the process to roll back parts of the legislation, which could eliminate the restrictions that banks had faced under Dodd-Frank. As recently as Feb. 3, Trump told business executives at the White House, “We expect to be cutting a lot out of Dodd-Frank, because, frankly, I have so many people, friends of mine that have nice businesses that can’t borrow money, they just can’t get any money because the banks just won’t let them borrow because of the rules and regulations in Dodd-Frank.”

The executive order that Trump signed on Feb. 3 asks for a review of Dodd-Frank. Many of Dodd-Frank’s key provisions can’t be undone without legislation, and Democrats have vowed to do all they can to protect the law; however, with a Republican-controlled Congress, there is a possibility of dismantling the legislation.

The subprime mortgage lending phenomenon caused a surge in defaults when the housing market crashed about a decade ago. Nearly 9.3 million homeowners experienced a foreclosure, short sold, or received a deed in lieu of foreclosure between 2006 and 2014, according to the National Association of Realtors.

Some legal experts worry that a rollback of Dodd-Frank could expose homeowners to the same lending risks they faced prior to the financial crisis.

“If Dodd-Frank is repealed, homeowners should expect to see a return to the ‘anything goes’ days of the 1990s and early 2000s,” says David Reiss, a law professor at Brooklyn (N.Y.) Law School. “There will likely to be a loosening of credit, but also a return to some predatory practices in some parts of the mortgage market,” he says.

When signed by President Barack Obama in 2010, the Dodd-Frank law created several government agencies, including the Consumer Financial Protection Bureau (CFPB). The CFPB, which was tasked with protecting consumers by regulating complaints, conducting investigations, and filing suits against companies that break the law, created the Ability to Repay and the Qualified Mortgage rules. The rules were meant to ensure that banks and mortgage lenders were only issuing loans to homebuyers who could reasonably afford to repay them.

One of the popular ways to entice subprime mortgage borrowers before the recession was to offer teaser rates. Teaser rates, Reiss explains, made a mortgage appear affordable in its first six months or 12 months, with low rates and low monthly payments. Once the promotional period was up, the rates and payments would skyrocket.

The subprime mortgages and other loans with higher risk for consumers, which can be profitable to banks, had much higher rates of default, Reiss says.

Dodd-Frank legislators originally reduced and prohibited these exotic terms in order to suppress the turbulent market at the time. Repealing Dodd-Frank and its restrictions will not only bring back lenders’ old habits but return the market to a more volatile state, says Reiss.

While the potential abolishment of Dodd-Frank may be a shame in terms of the loss of consumer protections, there is a bright side, says Paul Hynes, a certified financial planner and CEO of HearthStone, a wealth management firm based in San Diego, Calif. Many lenders have complained that heightened regulations have only increased their costs and made it tougher for consumers to get access to much-needed financing. Since the recession, the homeownership rate in the U.S. has declined by 4.7%, from 68.4% in 2007 to 63.75% in 2016, according to the U.S. Census Bureau.

“The increased cost of compliance with Dodd-Frank may also go away,” Hynes says, “reducing the drag on the economy caused by these costs, and perhaps stimulating economic growth, higher wages, and overall increase in the standard of living for all Americans.”

The rollback of Dodd-Frank should have a positive impact on small banks that have felt the effect of the regulations much more heavily than their larger Wall Street and corporate counterparts, says John Gugle, a certified financial planner with Alpha Financial Advisors in Charlotte, N.C.

The costs of complying with Dodd-Frank for banks totaled more than $10.4 billion and 73 million hours in paperwork in 2016, according to the American Action Forum, a conservative nonprofit think tank in Washington, D.C.

Small banks, which used to be an engine for loan growth in their communities, have struggled with the costs to comply with Dodd-Frank, says Gugle, a member of the National Association of Personal Financial Advisors (NAPFA) policy committee.

“If you’re a small lender, and having to meet these increasingly rigorous regulations, you don’t have enough money or resources to throw at it,” Reiss says. “So I think the regulatory burden is felt more by the smaller institutions who are just trying to manage to keep the doors open.”

“For smaller community banks, the increased compliance and regulatory costs have impeded their ability to lend,” Gugle says. “By lowering the regulatory burden, it would make it more cost effective for banks to make loans, but I am careful to point out that small businesses will still need to meet the stringent borrower requirements that banks will impose.”

Another recession? Not likely.

While many financiers and officials have advocated for the repeal of Dodd-Frank, the public is hesitant to remove the restraints on American banks.

In a survey of more than 1,000 people, California-based Personal Capital Advisors Corp. found that 84% were supportive of efforts to protect consumers’ financial rights and concerned about the lack of protections without Dodd-Frank.

Experts agree that a repeal will likely lead to risk-taking by banks, but contend that a recession is not immediately imminent.

“The U.S. economy experienced solid growth, punctuated by occasional, more ‘normal’ recessions, from the end of the Great Depression, about 1940, until 2007 — without massive legislative imposition such as Dodd-Frank,” Hynes says.