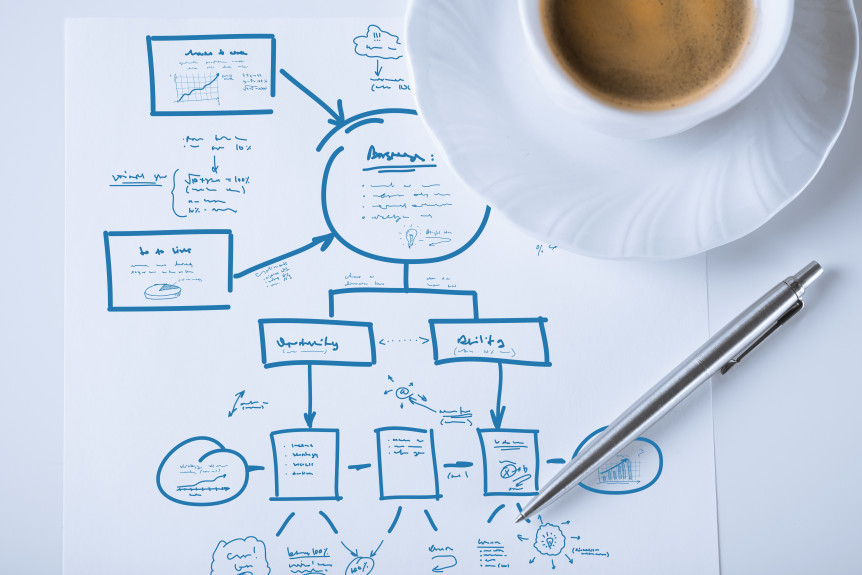 This tax season was the first in which Charlie Clark, 64, filed his return with his newly attained status: retiree.

Mr. Clark almost always prepared his family’s tax return, but when he ran the numbers through TurboTax last month, he was pleasantly surprised. “This year, holy cow, we were in the 15 percent tax bracket for the first time in probably 30-something years,” said Mr. Clark, who retired after a 40-year career in the oil and gas engineering industry. “That is pretty sweet.”

When the paychecks stop coming, minimizing the tax bite becomes even more important. There are several strategies that can help, particularly when retirees, like Mr. Clark, suddenly find themselves in a lower tax bracket. But they are not always obvious.

“It sometimes requires changing their mind-set from decades of packing money into retirement accounts to considering how to get that money out at the lowest cost,” said Robert Schmansky, an enrolled agent and financial planner in Michigan. “Many just try to postpone withdrawals, but that’s not necessarily the best approach.”

James Wood, 82, a former factory manager, provides some guideposts. “When I retired 17 years ago,” he said, “I set my goal to reduce taxable income as much as possible.”

To do that, he used several methods, which included moving about 20 percent of his tax-deferred savings to Roth accounts, where the money could be withdrawn tax-free.

Here are some more ideas on becoming more tax-efficient in retirement:

■ Manage tax brackets: With a little planning, many older people can manage which tax bracket they will land in. But you will need different types of retirement accounts to work with, including a traditional 401(k) or I.R.A. (tax-deferred), a Roth I.R.A.(money is withdrawn tax-free) and taxable investment accounts. That way, you can strategize about what to draw from in a given year and better manage how much of your income is taxable.

Many people retire with the bulk of their money tied up in traditional retirement accounts. That does not leave much flexibility, especially once you are required to begin taking withdrawals — known as required minimum distributions — after age 70½. (That amount is based on your life expectancy: A 70-year-old retiree with a $750,000 I.R.A., for instance, would be required to withdraw more than $27,000.)

But there are several actions a retiree might take earlier, depending on the situation. One approach is to simply start spending down traditional I.R.A. accounts first — perhaps while delaying taking Social Security. By doing that, the eventual required minimum distributions will be lower.

For those who need more than the minimum distribution to cover expenses, one way to keep taxable income down is to make withdrawals from a Roth I.R.A., or a brokerage account, paying capital gains only on the profit.

“We have some control in retirement of what that adjusted gross income will look like prior to 70½, depending on what levers we pull,” said Ann Reilley Gugle, an accountant and financial planner in Charlotte, N.C.

■ Roth conversion: To add more of those levers, retirees might consider converting a portion of a traditional I.R.A. account to a Roth I.R.A. Taxes will be due on the amount converted, which is why this is best done when you’re in a lower tax bracket, perhaps before turning to Social Security.

Mr. Wood, the retired factory manager, converted about 4 percent of his tax-deferred I.R.A. money into a Roth each year for five years, starting when he was 65. “The tax bill was not huge for the future benefit of no Roth taxation,” he said.

There’s room for many retirees in the 15 percent tax bracket — the next bracket jumps to 25 percent — to convert the money. While the upper limit on taxable income of the 15 percent bracket is $37,450 for singles and $74,900 for joint filers in 2015, in reality, many taxpayers can remain in that bracket and still earn much more.

Figuring out if a Roth conversion makes sense requires detailed analysis, including making certain assumptions about the future direction of tax rates. The good news? If you get it wrong, you have until the due date of the return (including extensions) to reverse the transaction.

“Maybe your tax rate might be lower later,” said Mark Luscombe, principal tax analyst at Wolters Kluwer. “But that depends a lot not only on your own tax situation, but also the law.”

“If a couple wishes to bequeath $100,000 to each child, conversions may make sense because a Roth is the best way to gift,” said Ms. Gugle. “When a nonspousal beneficiary inherits it, they only need to take required minimum distributions over their own life expectancy. The account grows tax-free and there is no tax due on any withdrawals.”

There is another benefit. Many retirees may be surprised to learn that income tax is owed on up to 85 percent of their Social Security benefits if they exceed relatively modest income thresholds. But Roth withdrawals do not count as income in that calculation.

■ Pay $0 in capital gains: Long-term capital gains are not taxed for people in the 10 and 15 percent tax brackets, which means many retirees will have opportunities to pay nothing at all.

“Harvest capital gains in years when the tax rate on them is zero,” said Wade Pfau, a professor of retirement income at the American College of Financial Services.

■ Charitable deductions: Charitably inclined taxpayers nearing retirement — who also itemize their deductions — might consider making two years of donations right before they stop working (while they are still in a higher tax bracket). But instead of donating directly to the charity all at once, you can parcel it out over a few years by parking the money in a donor-advised fund.

“They don’t have any deductions in Year 1 or 2 of retirement,” said Benjamin Hockema, an adviser in Park Ridge, Ill. “But they can still give the money out each of those years.”

Retirees who must take required minimum distributions are also permitted to donate some or all of that amount directly to charity (up to $100,000). “If they do that, they don’t get the charitable deduction,” Mr. Luscombe said, “but they don’t have to take that into income.”

■ Medical deductions: While it has become more difficult to deduct medical expenses, people 65 and older have an advantage in 2015 and 2016: They can deduct medical and dental expenses that exceed 7.5 percent of their adjusted gross income. After 2016, the floor will rise to 10 percent.

So retirees and their spouses might consider getting any nonemergency procedures, operations or even dental work with high out-of-pocket costs during the same year if they expect their combined expenses could exceed that floor.

Moreover, if you have not yet reached the official retirement age — 66 for the current generation — but are working part time and receiving Social Security, the benefit amount may be reduced.

The upside, for a couple where at least one person is working, is that each spouse can shelter up to $6,500 in traditional or Roth I.R.A. accounts (as long as the working spouse earns as much as the contribution amount).

All in all, many older people face a number of decisions that may make it worth consulting an expert — even for a couple of years early in retirement — to help map out a plan.

“The tax code is a giant Rube Goldberg machine,” said J. Mark Joseph, a financial planner in Reston, Va., “and you always have to make sure you understand all the ramifications of any tax moves you make.”

You can find the original New York Times article at: http://www.nytimes.com/2016/03/05/your-money/devising-a-tax-strategy-after-the-paycheck-is-no-more.html