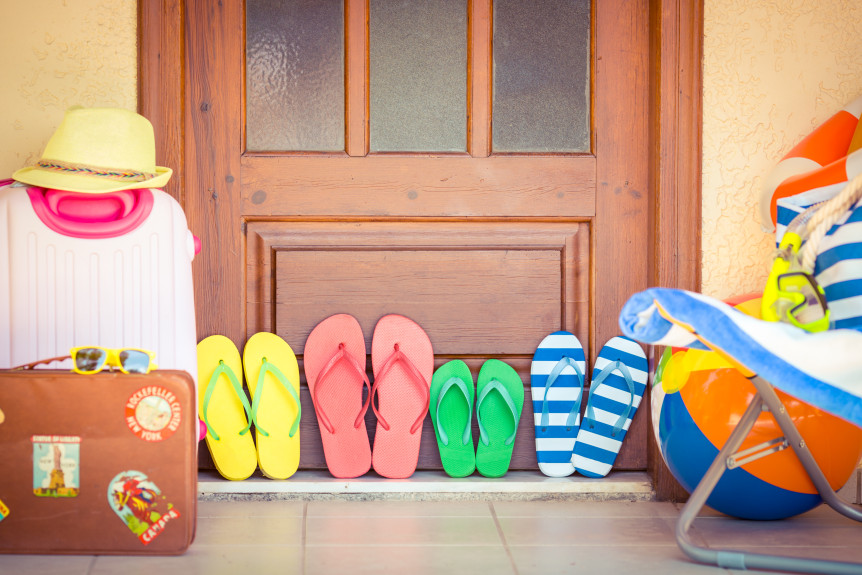 Summer is a time to relax, kick back and make dumb financial decisions.

That’s how financial advisers see it, when their clients get a hankering for a summer house after returning from an idyllic trip. Sales of vacation homes in the U.S. rose 30 percent last year to 717,000, the National Association of Realtors estimates, based on a survey. But owning a second home is often far more expensive and stressful than buyers, or dreamers, imagine.

Start with the dark side to beautiful weather. Sun, salt and wind are cruel to houses. One owner in Virginia Beach was shocked to learn he’d need new windows every six years. That alone wiped out an entire summer of rental income, says David O’Brien, his adviser. Storms take out roofs, docks and sea walls, replaceable only at exorbitant rates. “These properties are for family memories, not capital appreciation,” O’Brien says sunnily.

There are also utilities, association fees and lots of taxes, all often high in resort areas. In South Carolina, beach town property taxes can be almost twice as high for non-residents as for residents, even as the state slaps a 7 percent sales tax on short-term rentals.

The cost of upkeep can quash romantic notions of leaving the home to kids and grandkids. Clients of adviser Rick Kahler wanted to leave their cherished $750,000 house in the Black Hills of South Dakota to their kids as a vacation home. Their four adult children loved the idea. Then they learned it would cost $48,000 a year, or $1,000 each per month, to maintain. The idea was abandoned.

Other Kahler clients paid $35,000 a year in upkeep and interest on a house they used just two weeks a year, for family reunions at Christmas and the Fourth of July. The clients were already overspending their budget by $40,000 a year and could have used that $35,000, he says. They sold the house after five years. “I’ve done this long enough to know that whatever expense seems to be the most obvious to eliminate is often the last expense the client wants to drop,” says Kahler.

Covering costs by renting a place out is rarely the answer. The rents quoted by real estate agents in resort towns are often misleading, omitting that a rental agent can take 40 percent of the weekly haul. One woman, against the advice of PNC wealth planner Heather Flanagan, spent way more money than she expected rebuilding a New Jersey beach house destroyed by Hurricane Sandy. When that was done, she discovered she’d be losing money — and eating into retirement savings — by renting it out. Instead, she sold it.

Renting also means letting strangers into your dream house, where they may enrage you in new and interesting ways. One owner was so disturbed by his renter’s high utility bills that he installed a remote thermostat, only to discover the renters were setting the air conditioning to 66. “They probably leave the windows open too,” says Ann Reilley Gugle, the owner’s Charlotte-based financial planner.
Then there are the risks you’d just never imagine, sometimes more ridiculous than grievous. When clients of Tulsa, Oklahoma-based adviser Adam Leavitt were fixing up their house to rent, the toilets weren’t working, so they had to go outside. The result was a horrible case of poison ivy.

It’s all good if the money won’t be missed. Adviser Briant Noland of Stephens Inc. offers a guideline: Add up all the expenses from your first home and all the possible expenses for a second one. If the total is 30 percent or less of income, it’s probably an affordable indulgence.

Even financial planners buy vacation homes. Orange County, California, planner Rick Ulivi long dreamed of owning an apartment in his boyhood home of Buenos Aires. He bought one and in the past year has spent $110,000 renovating it and $50,000 furnishing it.

He and his wife arrived to find that the bathroom sinks didn’t drain, the showers flooded and the washing machine spewed water. Two antique beds collapsed under them. Still, he has no regrets. The couple plans to spend four months per year there. Ulivi feels that trying to justify the purchase with a cost-benefit analysis defeats the whole purpose.

A second home “fulfills a dream” and “gives you bragging rights,” he says. “If you’ve got the money, why not?”