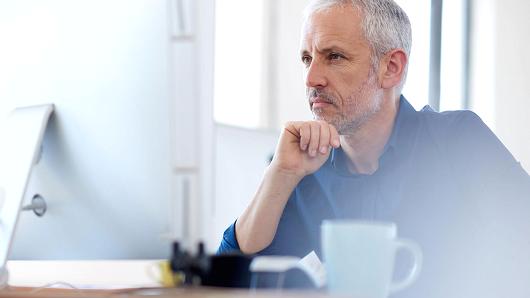 Most tax professionals will acknowledge that the eight weeks leading up to April 15 is the most exhausting time of year. But some financial advisers are still willing to jump into the grind of tax season because it represents a near-certain gateway to a sturdier and more diversified planning business.

“I refer to this time of year as being in tax jail, because there’s nothing else you can think about,” said Richard Bergen, president of RLB Wealth Planning, which has $140 million under management.

“I have a love-hate relationship with tax season, because I like doing taxes but I don’t like having to get all this work done in a short period of time,” he added.

Like a lot of financial advisers who have carved out specialties in tax planning and preparation, Mr. Bergen understands the leverage potential of expanding into taxes.

“I think when you do somebody’s taxes, you hold a special place in their hierarchy,” he said. “If I call the office of a [high-net-worth] client and say I want to talk about his investments, they might take a message, but if I say I’m his CPA, they will get him on the phone.”

Chris Hardy, owner of Paramount Investment Advisors, said getting involved in his clients’ taxes creates a “deeper and stickier relationship.”

“At the end of the day, you can’t hide much from your tax person,” he added.

To help him lead with tax planning and filter the most desirable clients toward his financial planning business, Mr. Hardy also owns Paramount Tax and Accounting.

“Nobody wakes up and says, ‘I need to find a financial adviser,’ but a lot of people say they have tax issues they can’t seem to shake,” he said. “I started the tax business because I got forced into a corner by financial planning clients who were asking me to put tax strategies into action.”

Perhaps no large firm leverages the tax business in financial planning like HD Vest Financial Services, an independent broker-dealer with nearly 4,000 advisers, 75% of whom operate tax practices alongside financial planning.

“In the case of our advisers, most of the time it starts with taxes,” said HD Vest Chief Executive Bob Oros.

“Working with a client’s taxes shows the good, the bad, and the ugly,” he added. “That becomes a very trusting relationship.”

According to Mr. Oros, of the more than 240,000 tax professionals across the country, less than 20% have integrated financial planning.

When it comes to financial planners adding a viable tax practice, Mr. Oros said it is rare because it is not easy to do.

“It’s hard to organically get into taxes because it’s a deep expertise,” he said. “I think it has to come in the form of acquiring the talent.”

At Alpha Financial Advisors, a $204 million planning firm, the focus on taxes kicked off “in earnest” in 2016, according to principal John Gugle, whose wife and business partner Ann Gugle is a certified public accountant.

“The thinking was, my wife is a CPA, so it’s a natural extension for an adviser,” he said. “The other catalyst was we kept hearing from clients that they wanted more in the area of tax planning.”

Mr. Gugle said that it has been difficult to quantify the benefits of building out a tax practice, but he does believe it helping his overall planning business.

“We’ve seen incremental benefits,” he said. “Many of our clients still think of us as their investment adviser, and we’ve been working to get them to think of us as a financial planning firm.”

The original article appeared in InvestmentNews on March 9, 2018: LINK